When it comes to the topic of decorating there is no beginning and, certainly, there is no end.

I ask your permission to indulge myself in some observations about interior design, a topic about which I have become well versed in these past thirty-five years.  In these days of phone app floor plans, computer generated renderings, and formulated color schemes, the BIG question for me is where do we go from here?

These are the tenets that I acquired when I started in this business.

Style is not a fickle notion.

Good taste appears to be inherent in a well designed home.

Successful interiors are both timely and timeless.

There are endless possibilities in all aspects of decorating.

The level of professional relationship between the designer and client must be upheld.

From the first day I have loved the notion of being in the position of working with a client, to help them transform not just their residence, but also themselves.  To engage a designer was a sure sign of status.

I was mentored by my mother in learning how to communicate vis-a-vis visual presentation.  So as a young man fresh out of college, I walked into the world of interior design not knowing I would make it my life’s profession.  It has been a wonderful experience, as I was privileged to come up in the ranks being inspired by such legendary designers as…. Billy Baldwin was, to me, a master of restraint yet with a flair for the dramatic.  His rooms were urbane and sophisticated.  He was more than just the man who popularized St. Thomas sofas and chrome coffee tables.  He worked his sorcery to a frenzy when he was commissioned to work with fine antiques and other more traditional pieces.  His sense of composition was sleek and very modern. I got a kick out of Angelo Donghia and his swanky townhouse.  Angelo gave us gray flannel.  It was so ‘of the moment’, yet will always be a classic solution which is still relevant.  It’s the perfect backdrop for everything.  He also tickled our fancy with his version of Art Deco though very much inspired by the times.  He certainly created his ‘personal’ style. One of my strongest influences came from Joe D’Urso.  He was the master of minimal.  His ‘High Tech’ interiors were so very 21st century yet again very grounded in the 1970’s.  Clean and precise, his rooms were stages for life to play out upon.  The patrons who acquired these interiors were bon vivants.  It was a very vibrant time.  I will say it was brilliant.  To live in a D’Urso interior was uber-cool. On the other side of the coin, the pronouncement of black and white would be defined by the de rigueur marble checkerboard floor.  ‘The Prince of Chintz’, Mario Buatta became the master of creating a room in the same manner as a painter paints.  He adds a few dabs today, some more tomorrow and as the spirit moves him some more.  This, his coined style, is the ‘Undecorated Look’ which is synonymous with his name. Perched atop the city, cloistered in the stately yet spooky Dakota, lived Ward Bennett.  Slanted walls and wool carpeting the color of soil were the stage he set for his philosophy on life, culture, and design.  His interiors elevated my perception.  He helped me understand that the use of leather didn’t always have to be hard-edged.  He was a master at subtlety and essentials.  I would have loved to have met the man. The abundance of historical reference found in John Saladino‘s work is evidence of his understanding of the term classical.  His combination of finishes, fabrics, robust antiques, metals and woods offer a perfectly photogenic impression when one enters any of his rooms.  His use of color and texture are the signature characteristics of his style, and are the foundation to every one of his rooms no matter how they may be furnished. Vicente Wolf‘s work is sybaritic.  He understands how to weave together the sleek and the primitive to make a marriage.  I had the pleasure of working with Vicente when he was with his design partner Bob Patino.  Together, these two highly stylish men taught me to incorporate sensuality and grace into a space.

These designers were and are dynamos in the field.  They epitomized their times and spoke to us about how they perceived we should live.  They each have a definite point of view and ultimately rose above the fray because of it.  They were not afraid to say what they wanted to say.  Each unique, all believe that interior design is a privilege and rite of passage.  If you have the time, go to YouTube to watch a series of interviews where most of these men are featured, ‘Interior Design: The New Freedom’.

I wonder how the field of interior design will conform, or not, to the current prevailing mindset.  There are days when I feel that most are selling out to the devil.  My point is to say that this industry is on the brink of a major restructuring.  I hope that it doesn’t destroy what it has strived so hard to establish, simply to pursue an easier route.  Therefore, I conclude this blog not with a resolution, but with a number of questions.

Who are your influencers?

Where do you stand on the subject of personal expression?

Where will the current trends and practices lead you?

Are you a follower or an innovator?

Is there still a place for individuality and true creativity? 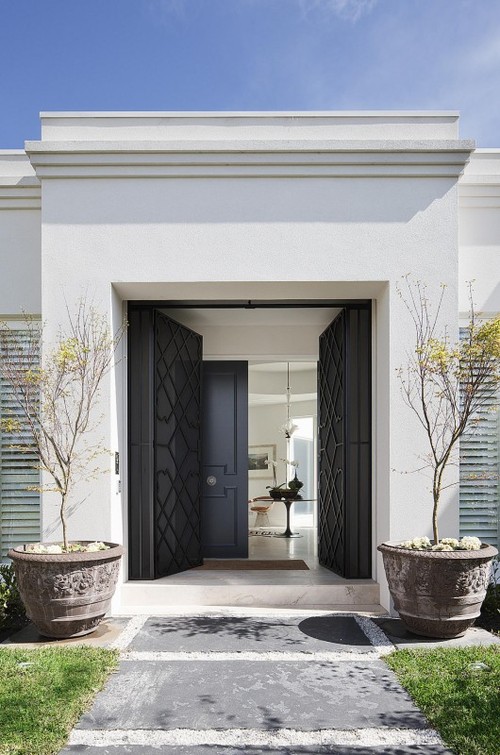