Loosely translated, ‘Las Estrellas En Ascenso’ means ‘The Rising Stars’.  Last week I sat down with one of those stars, my good friend Jim Villa, to discuss his representation of who I am predicting will be the BREAKOUT STAR of the New York Fall/Winter 2013 runway shows this week.

Jim’s multi-brand showroom ‘Jim Villa’, which opened it’s doors in 2009, has already established itself as a major force on the fashion stage.  He sells his collections to major department stores and specialty stores across the globe.

Some of the other famed brands that Jim represents are Plein Sud, Amen, Class by Roberto Cavalli, Gaetano Navarra, Nue 19.04, Hybrid by Marc Bower, and of course DELPOZO, which I’d like to talk a bit more about today.

During our visit, I asked Jim how he was introduced to the DELPOZO brand.

He explained that a mutual friend gave his name to the owner of Perfumes Y Desenos, Perdo Trolez, who had just acquired the brand Jesus del Pozo.   He’d decided to relaunch with a collection under the new name DELPOZO, and was looking for representation in the States.

He explained further that when the DELPOZO executives came to the states to interview showrooms, they made an appointment and came to see him.  After a few weeks had gone by, they called him back to talk, and as he happened to be in Milan at the time, they invited him to Madrid to preview the Spring/Summer 2013 collection, and discuss future endeavors.

Jim was able to preview the collection before they had their runway show in Madrid at Mercedes-Benz fashion week.   He was immediately blown away, and did not hesitate to sign an exclusive distribution contract on the spot. In light of the company’s decision to relaunch the brand, they hired Josep Font as their new Creative Director. A  native of Barcelona, he had already established himself as a well-respected global designer.  He had already won many national and international awards, and after 4 yrs of designing with his own label the Fédération Française de la Couture invited him to participate in the Haute Couture shows in 2007. 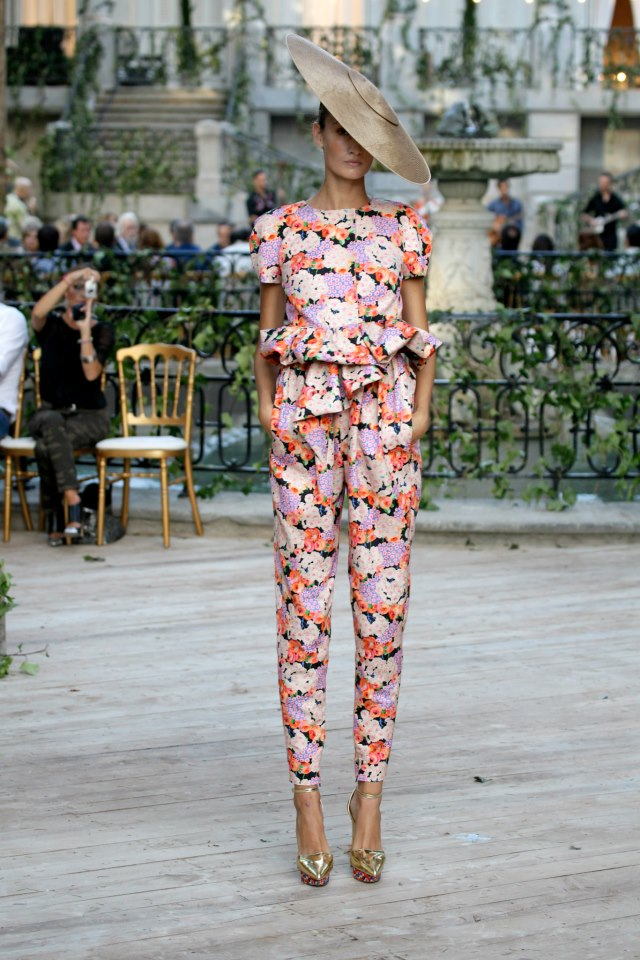 These pieces from his first collection for DELPOZO Spring/Summer 2013 were met with immediate applauds, and will be available at Moda Operandi, Net a Porter, and other select retailers.  You can watch the entire collections runway show from Madrid below.  It’s a lengthy presentation, but spend the time to view it, you’ll be watching fashion history in the making.

This collection is one of the best I have seen in years, and I predict only great things for Josep Font and DELPOZO.  I look forward to sitting front row and center Sunday February 10th for DELPOZO’s first American Runway show for Fall/Winter 2013 in New York.  I will be publishing an extra post this coming Tuesday to share with you what I consider to be the highlights from Sunday’s show.

A very special thanks to my dear friend Jim Villa and, his charming showroom assistant Roger Kim for sharing DELPOZO with me.  All photos courtesy GRB Communication.